Stories of Christmas at Sea 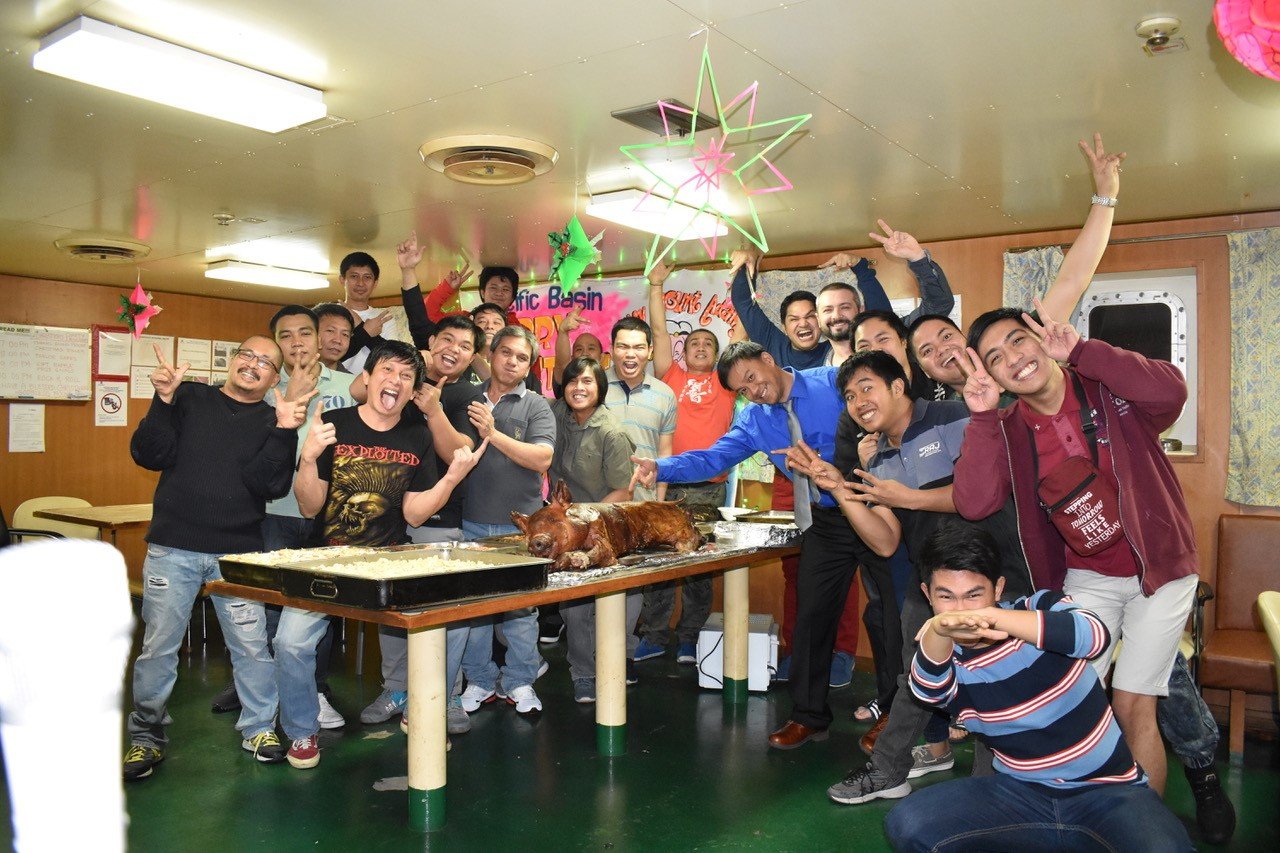 The author and the crew of M/V Mount Adams celebrating Christmas with lechon and other Filipino Christmas dishes.

Fourteen days before Christmas, I left the Philippines for my second contract. The sea was to take me away from my family, at a time when most families come together. For a 21-year-old who’s spent every yuletide season at home, it was hard to muster a jolly Christmas spirit.

The NAIA had beautiful combinations of reds and greens all over its walls. Just outside, the streets of Pasay were lit with colorful light bulbs changing from one hue to another. Meanwhile, my co-joiners and I could do nothing but share what our holiday plans would have been if not for our abrupt embarkation.

But the sea is always filled with surprises. While we were sailing to Spain, the waves were unforgiving. We weren’t expecting a merry Christmas, presuming it wouldn’t be smooth seas for us. Surprisingly, the night of nativity was a night of calm. We were able to prepare a Filipino feast, play parlor games, and conduct a raffle for all of the crew to enjoy. It was not my first time on board, but it was my first time to dance as the deck cadet. I tell you, I had no choice. Undeniably, it was a Christmas I would never forget. 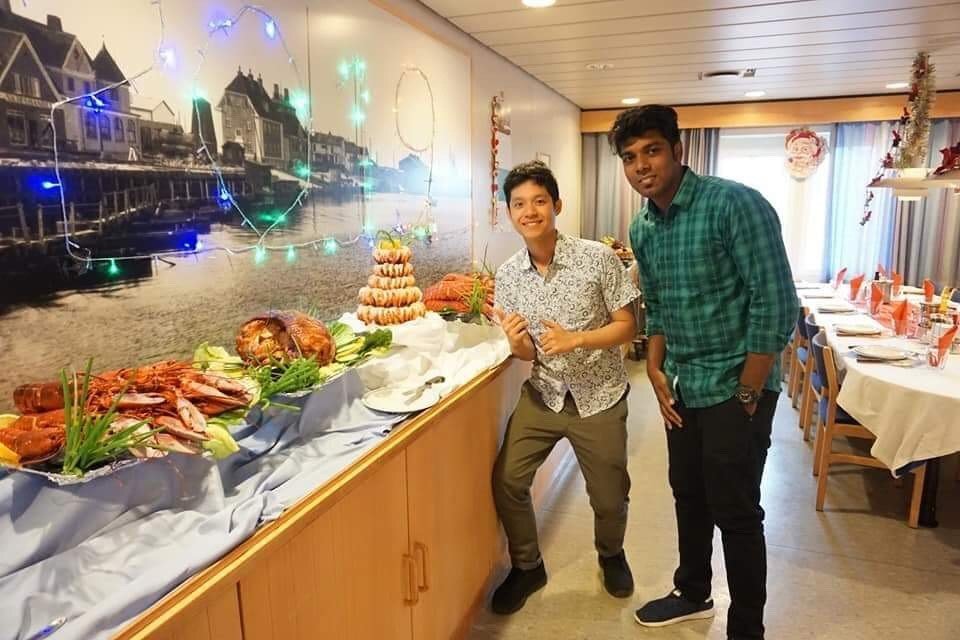 Some seafarers are fortunate enough to be onboard with others who celebrate the season.

I obviously am not the only seafarer to have spent Christmas away from family. Jojo, a co-teacher of mine, shared with me his story of an unforgettable Christmas.

It was 2008, Jojo’s tenth year on sea, and their ship was headed to Canada. Onboard were Filipino crewmembers with a Portuguese captain. It was the captain’s first time to sail with Pinoys, and his first time to experience Christmas, Pinoy style. From the little joys of games and  treats, to the grand turkey and lechon on Christmas Eve, the captain felt the heartwarming cheer that come naturally to Filipinos. It filled his heart and soothed his longing to be with his own family, that he extended four-month contract by five more months.

This memory is embedded in Jojo’s mind, as it shows that there is magic in the way that Filipinos can uplift not only fellow countrymen, but other nationalities as well. There is truly something worthy of emulation, the way we can inspire and influence other cultures.

But spending Christmas at sea is not always a happy story.

Dionel, when he was a deck cadet going on board for the first time, could recall how impatient he was waiting for his embarkation date. He never thought he’d leave during the special time that he always spent with his family. Unfortunately, he was scheduled to board in December of 2018. He was a young boy who wasn’t prepared to leave the country during the yuletide season.

He arrived onboard to a crew dominated by much older seafarers. He didn’t get along with them too well, and neither did his body get along with the motions of the ship. He was nauseated in his first weeks and he would find himself crying in his cabin after work.

On Christmas day, there was no celebration. It was a normal holiday, and the other seafarers kept to themselves in their cabins, which didn’t help him at all. Visions of his family celebrating and getting together filled his head, making him long for a different experience, should he need to celebrate Christmas on board in the future.

This year, however, Dionel is home and excited to make up for the celebration he feels he was robbed of the year before.

For some, though, like Chad, it can be a dream come true.

On Christmas Eve, they were in transit to Vancouver, Canada, and they had lots of foods to enjoy. Chad remembers how invested he was in organizing entertainment and games for everyone as he was in high spirits knowing that once they dock, he’d finally check off something on his bucket list.

They went to Grouse Mountain, where he made a snowman and threw snowballs for the first time. It was a whole new world for him – all cold and white. He became a child and briefly forgot he was working on a ship. He wanted to share that moment with his family so he video-chatted with them and showed them his ‘gift’ from his chosen profession.

Christmas in the heart

Being a seafarer entails a lot of sacrifice, and one of the greatest is celebrating moments away from your family and loved ones. While some are fortunate enough to be able to celebrate and enjoy while onboard the ship, others have to deal with demanding jobs, different-minded people, and homesickness that the yuletide spirit can be hardly felt.

I hope and pray that all our modern-day day heroes across the seas are safe and happy where they are now. And I hope that others can also say a prayer for them. With everything they have to deal with, this gesture of gratitude can be a very good gift.

To my fellow seafarers, may you all continue to learn and feel what this season is all about. May the good Lord bless your voyages as He has come to save and love us all.

You deserve a merry Christmas!