How to Love a Seafarer: Pro Tips to Keep the Flame Burning Captain Mario Bautro connected both Lola Ellen and granddaughter Sandee. He was the director of the Baliwag Maritime Academy from 1997 until his passing in 2016. The veteran seafarer graduated from the Philippine Maritime Institute in 1959 and spent over three decades crewing and eventually commanding cargo vessels and oil tankers. His nickname was ‘Mr. Clean’ for he couldn’t drink, smoke, lie or cheat. He’s also one of the few Pinoys to command a Very Large Crude Carrier (VLCC). (Gregg Yan / Seafarer Asia)

“When you long for someone, you learn to appreciate them while they’re away,” reflects Sandee Bautro while leafing through a photo album inside their nautical-themed home in Antipolo. Hailing from a seafaring family and intimately familiar with the challenges of long distance relationships, she still chose to date a seaman.

Sandee is the granddaughter of Captain Mario Bautro, director of the Baliwag Maritime Academy from 1997 until his passing in 2016. “I was really close to Lolo and looked up to him as an example of the kind of man I’d settle down with. His years were proud and full, but I was devastated when he left us.” Elenita ‘Ellen’ Bautro caresses a pair of stately porcelain lovers beside her late husband’s cap.  Married to Captain Mario Bautro for 56 years until his passing in 2016, she keeps the lasting memory of their love alive. “This is us,” she chuckles. (Gregg Yan / Seafarer Asia)

As she grieved, the tide brought another seaman to her life.

“The academy sent its finest honour guards to the wake. While the casket was being lowered, I locked eyes with one of the guards.” Undaunted by tales of seamen having a girlfriend in every port and always being away, she dated the strapping cadet. “Lolo sailed actively for over 30 years, yet he and Lola made it past their Golden Wedding Anniversary. I already knew that with the proper adjustments, a long distance relationship could work.” Sandee shares her tips. Andrea ‘Sandee’ Bautro at the family piano. The demure 24-year old originally wanted to become either a nun or a Doctor before embarking on a career as a medical analyst. Idolizing her seaman grandfather, she chose a seaman as a partner. (Gregg Yan / Seafarer Asia)

Time spent apart strains most couples, so Sandee changed her mindset from the get-go. “I knew what I was and wasn’t going to get, so I became like a cat – sweet but not clingy.” Today, she follows her partner RL’s adventures and enjoys the build-up as he’s about to come home. When he lands, they maximize their time together. The winds seem to be in their favour – it’s been two years of smooth sailing.

Sandee and her beloved cat Theodore, a gift from her boyfriend RL. Sandee and RL have been going strong for two years, owing to adjustments and the advice of her Lola Ellen. (Gregg Yan / Seafarer Asia)

Communicate every chance you get.

All relationships are about sharing experiences, hopes, dreams and entrusting the future to each other. “Make the effort to communicate even when you’re lazy to talk. Some ships have continuous access to the web while some only have shipboard email programs. RL buys a SIM card whenever he lands so we can communicate via Facebook, Skype and Viber.” Love is all about being open with each other and sharing your stories – no matter how mundane – can keep interest alive.

Put a premium on trust.

Sure, we’ve heard a million stories about seafarers cheating on wives and girlfriends, but that doesn’t hold true for all hands. The basis for any relationship is trust so you must believe your partner will make the right choices. You also have to stay the course and not be tempted to fill the void while he’s away. After all, you’re half of the equation. “Seafarers have a reputation but faithfulness is always a choice. It doesn’t matter what profession you’re in – you choose to be faithful or otherwise.”

When fresh challenges arise however, Sandee turns to her best friend for advice – her Lola Ellen, who was married to Captain Bautro for 56 years until his passing. Their quaint home is filled with his mementos from the seven seas – including an impressive collection of alcohol. “Which was only ever for display as he doesn’t drink,” chuckles Lola Ellen as she recounts how they met in the early 1960s.

“We’re both from San Juan in Batangas. My family ran a bakery and one sunny day, a tall, dark and handsome cadet in a crewcut visited our store. I liked him from the get-go but at the time, a woman couldn’t just admit that she liked a man. Nagpakipot muna ako ng tatlong buwan (I played hard to get for three months) before we became a couple. It worked and we eventually got married.”

In the 1960s though, assignments lasted longer. “He left for three straight years on one of his first voyages,” she recalls. “We were already married but when he returned, I felt like I didn’t know him anymore. It took a while before I could relax around him.” What sustained Lola Ellen through the long months of solitude? Captain Bautro’s impressive alcohol collection features fine whiskey from Japan and scotch from Europe. None of the bottles were ever opened – because the Captain didn’t drink. (Gregg Yan / Seafarer Asia)

To keep the days, weeks and months between visits packed, Lola Ellen kept her schedule full. From raising kids to dreaming of and managing small side-businesses to tending to a well-manicured garden, she was never idle. “Idle hands are tools of the devil,” she says. But some companies offer good perks for their seamen.

Being allowed on board.

One of the best work incentives which sustained their relationship over the long-term was that some of Captain Bautro’s vessels allowed families onboard. “I was able to join three of his voyages – the first was around Asia, the next in North and South America, the last around Europe.” Lola Ellen remembers how it was an eye-opener for her. “I thought sailing was relaxing but I saw then and there how my husband’s job wasn’t easy. Long hours of gruelling work. Big storms that rocked the galleys to spill plates and silverware around. We were never really assured of going to port either. There were times the ship would just unload fuel or cargo miles away from shore. I can imagine how lonely and frustrating it must be to do it for decades.”

The experience she says, helped her understand her husband’s ways and made her much more appreciative of the time he spent at sea. “He was sacrificing a lot for us. Though his voyages could be filled with adventure, it can also be monotonous and lonely. To tell you the truth, I don’t even think his salary matched his efforts. I became much, much more patient with him after those cruises.”

To be sure, Lola Ellen says that being a seafarer’s partner has perks. “Our family always lived more than comfortably. When he’d come home, we’d travel everywhere, eat anywhere. We got to see the world and go to places like Japan, Hongkong and the United States. But because he was on-and-off at sea until our children were grown and married, he never had much time for them. Raising them was left to me.”

Which is why the Captain spent extra care in helping raise Sandee. “He saw in Sandee a chance to raise another child, the right way this time,” explains Lola Ellen. Sandee was born in 1995, the same year Captain Bautro retired from sailing. He thus had more time to raise her than either of his own daughters. Through it all, he, Lola Ellen and Sandee ensured that they cultivated something not time nor distance could mar. Prayer and faith in God.

“We’ve always been very religious and it helped us surmount lots of challenges. By entrusting your fate to a higher power, you become like a vessel which lets the wind take it for a journey.” Their home is dotted with statues of the Sto. Niño, draped rosaries and well-tended shrines bearing the images of Jesus and the Virgin Mary.

It’s been a fulfilling 56-year adventure for Lola Ellen – and though her granddaughter Sandee’s love story is just unveiling, their words, wit and wisdom will help guide a new generation of lovers through rough seas and hopefully, blue skies and a Golden Wedding Anniversary. Prayer is Lola Ellen’s secret to a lasting relationship and a quiet life – something she was able to pass down to her granddaughter Sandee as she embarks on her own journey with another seafarer. Captain Bautro’s hat has been integrated in the shrine. (Gregg Yan / Seafarer Asia) 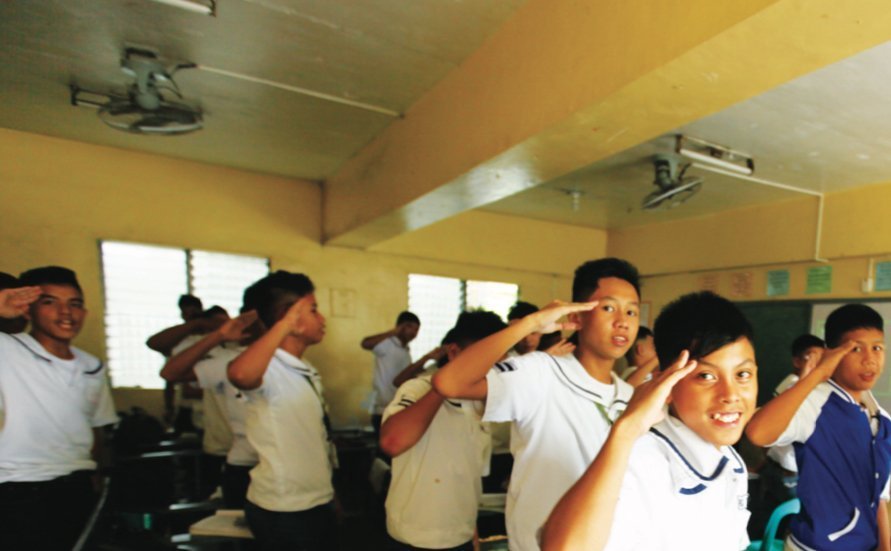 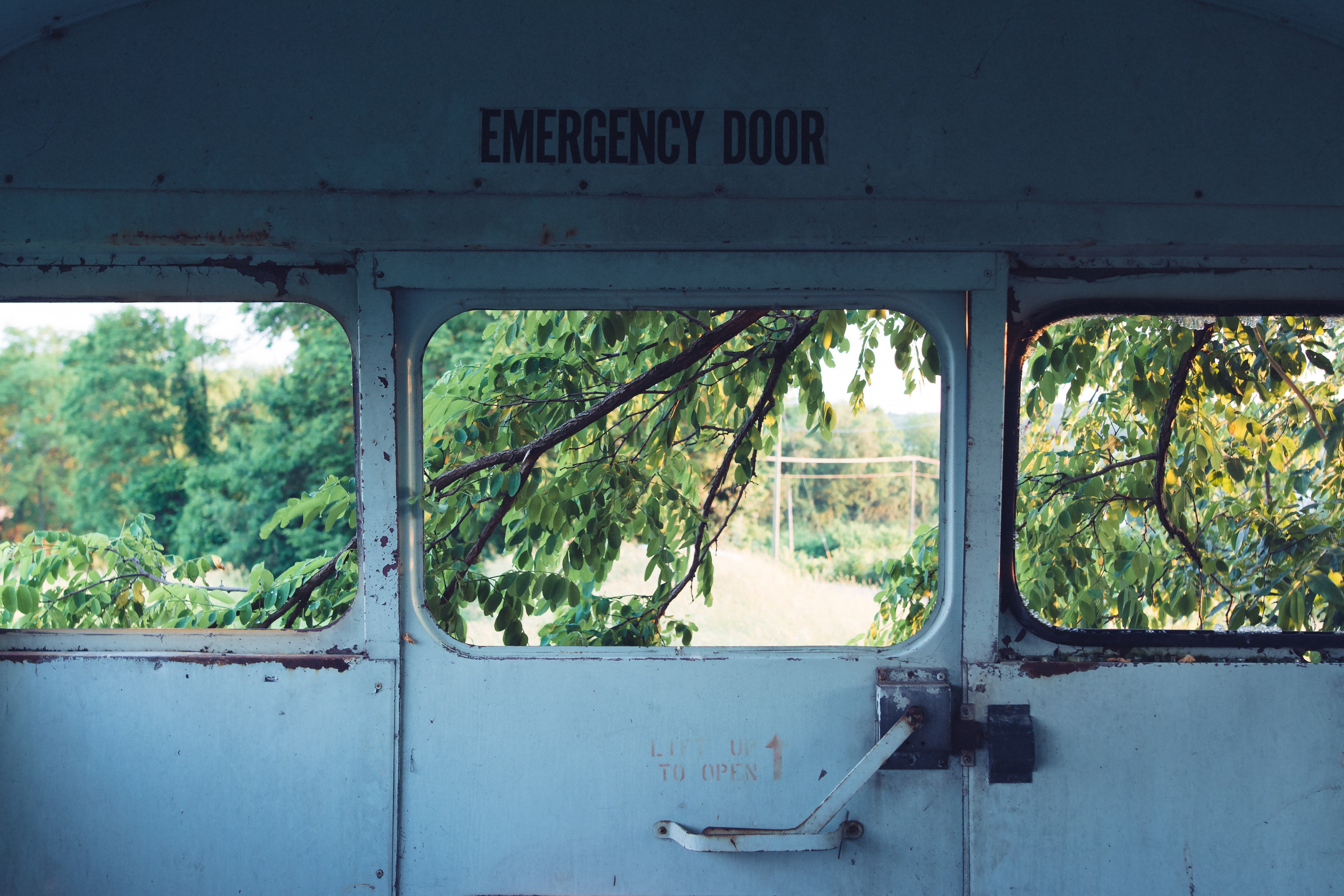